"The palace of today is tomorrow's ruin, the maiden of the morning is the crone of the night, and the hope of a moment is but the foundation stone of everlasting regret.."- The Lost and the Damned

The Legio Nox Pestilosa are a Traitor Titan Legion of the Dark Mechanicus that repudiated their oaths to the Emperor of Mankind and followed Warmaster Horus into the service of the Ruinous Powers during the Horus Heresy.

There is very little information in the Imperial records about this obscure Titan Legion, though it is suspected to have been founded before the Age of the Imperium, during the Age of Strife.

It is assumed that the Legion were driven into the Eye of Terror along with the rest of the Forces of Chaos, but in stark contrast to the other Renegade Titan Legions, during the long millennia of their exile, the God-engines of the legion have become heavily corrupted and bear little resemblance to their Imperial counterparts. The Legion's current whereabouts and composition are unknown.

Schism of Mars (ca. 005.M31) - During the opening days of the Horus Heresy when civil war erupted on the Red Planet, Titans of the Death Stalkers were involved in the opening volleys of the war. Along the borders of the Lunae Palus and Arcadia regions, what had previously been confined to a heated war of words between different Mechanicus factions, erupted into true warfare when Princeps Xylios of the Nox Pestilosa unleashed his war engines upon the fortress of Maxen Vledig’s Legio Honorum (Death Bolts). Caught by surprise, the Death Bolts lost 19 Titans in the first hour of battle, before withdrawing into the frozen wastes of the Mare Boreum and seeking refuge in the dune fields of Olympia Undae. Their calls for reinforcement went unanswered, as all of Mars tore itself apart as the cancer of civil war spread across the planet in a raging firestorm. 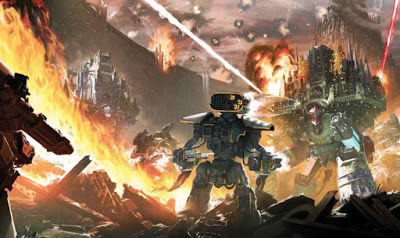 Battle of Harfus Primus (Unknown Date.M31) - During the dark years of the Horus Heresy, the Legio tried to corrupt several crews and Titans of the Legio Pallidus Mor and bind them into the service of the Warmaster Horus. As the ploy was discovered, both Legions clashed on the field of battle.

Corruption of Lagalia X (Unknown Date.M41)- With the Imperium hard-pressed by the Tyranids, the Legion sallied forth once again into Imperial space. Unnoticed by Imperial authorities, a widespread Chaos Cult aligned with the chaos god Nurlge took root in Lagalia main city.
In a great orgy of corruption the cult led an uprising in the capital city of Kankhid, which fell within a single solar day into the hands of the Traitors. The fall of Kankhid prompted a swift Imperial response. Having defeated the Tyranids on Khania, the Imperium quickly redeployed a sizeable Battlegroup which comprised elements of the Imperial Hunters and the Legio Pallidus Mor to Lagalia Whilst clashing with the elements of the Pallidus Mor, the Legio Nox Pestilosa tasted defeat when the Imperial defenders destroyed Lorenz Bridge, the sole link between Kankhid, and the mainland. However, this proved to be a mere feint. 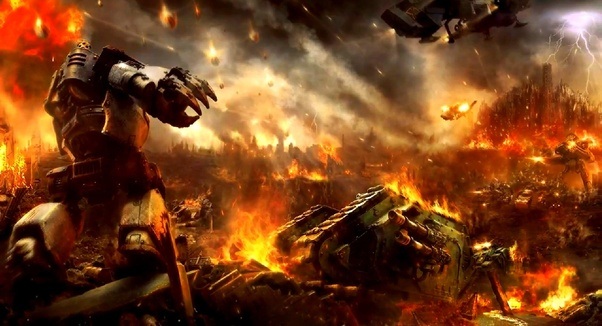 Whilst the Legio Pallidus Mors returned to the city of Kankhid, to celebrate and resupply, the Legio Nox Pestilosa sprang their trap. In Lagalia, a great ritual was held which corrupted the land and miraculously rebuilt the Kazani Bridge, thus allowing the Titans of Nox Pestilosa to march upon the remaining land.
Simultaneously, the cultists and corrupted elements of the local militia struck at in the heart of the city, seizing the main imperial barracks and capturing the main orbital defence batteries. Whilst the main strength of Nox Pestilosa marched on the hopelessly outnumbered defenders, the cultists turned the missile silos upon the city itself, Loyalist Titans and foot elements were destroyed in a fiery conflagration.
The survivors were quickly mopped up by Nox Pestilosa and the city sacked, several months later imperial releif forces arrived to find the planet dead and lifeless, pools of foetid ooze covered the plains where verdant forests once stood, the city of Lagalia was a tomb, its broken buldings jutting up from the swamp like land like rotten teeth erupting from rotten gums, the inquisition quickly declared the planet exiled.