Night of the Zealot (PGS) 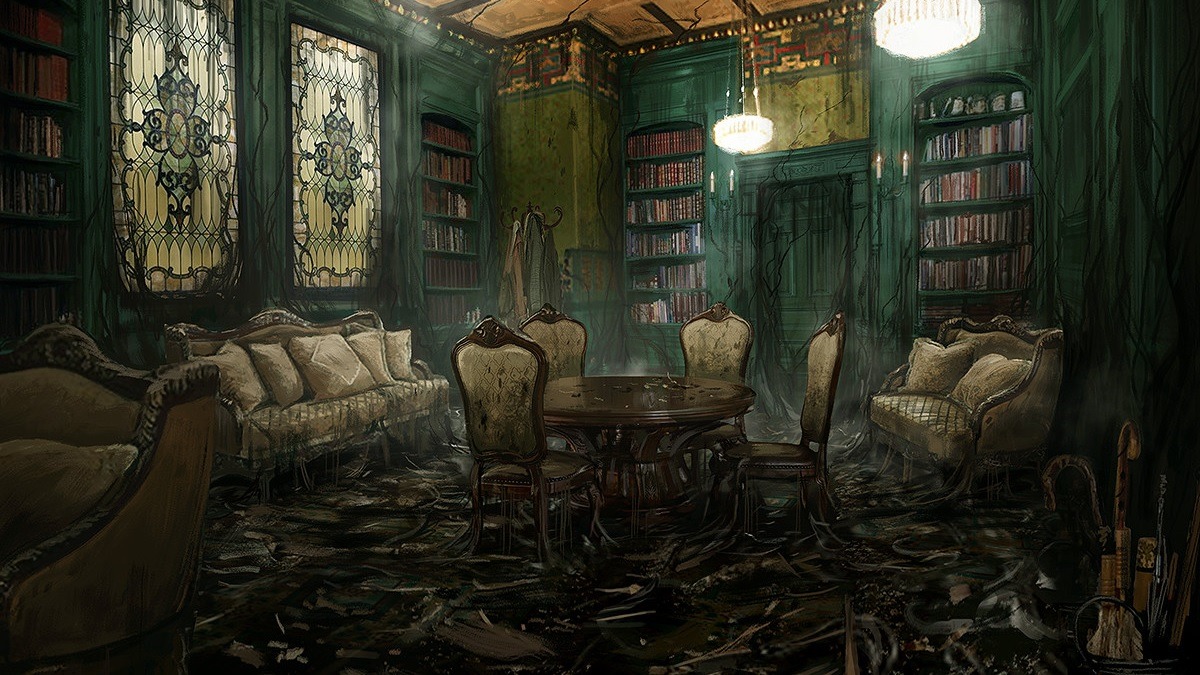 Devils so work that things which are not appear to men as if they were real.

Part I - The Gathering

Things were afoot in Skids O'toole's home, with the help of his friends he had decided to to look into the strange mutilations and disappearances in Arkham especially when his lifelong friend Barry "Bozzer" McKenzie was found in the woods in pieces.

Well things took a turn for the worst when the house started to warp and decay before our intrepid heroes very eyes, doors disappearing and reappearing on floors, roots and decay across the walls and catacombs full of ghastly bipedal creatures with canine heads and a horrid rubberiness to them, they would sometimes grab legs through the rotting floor boards and attempted to drag Daisy to her doom in the foetid tunnels underfoot.

The parlor had some kind of barrier which blazed with infernal heat and forced the group back, determinedly the group would find out the source of this waking nightmare and put an end to it.

Roland Banks had come prepared, pulling out his trusty .45 he was not about to let his friends down, time and again he blasted nameless monstrosities back to the nameless black abyss from which they sprung, meanwhile Skids and Daisy tried to find an escape in the cellar while Agnes went to the attic looking for an escape from the house.

A plan formed in the investigators minds, loading up a barrel from the attic with snow and ice from the cellar while Roland emptied round after round into the horrid fiends rising from below and Agnes tried to stem the tied of rats that seemed to swarm from the walls.

Lumping the rotting barrel into the hallway Daisy and Skids hoisted it with all there strength towards the barrier, in a flash of steam and light it was gone revealing a woman in the parlour a glimmer of hatred in her eyes.

"What have you done to my barrier ?"

Before skids could answer a ghastly wail sounded from behind him, one of the creatures burst forth into the midst of the group, over it's filth encrusted body it wore a tattered red robe in some hideous parody of humanity atop its head was perched an old dear skull, tearing and clawing at the group with insane fury.

Daisy fled into the parlour to try and see if the woman could help, after a brief exchange of words she agreed to assist the group.

Meanwhile shots rang out relentlessly from Roland's .45 and his trust old .38 special, Skids tried his best to shiv the creature with a knife he had picked up earlier, Agnes did her best with her fists, Daisy tried to remember an old spell that she had read within the Necronomicon, mumbling the words of power these seemed to shake the creature but caused Daisy to falter.

With all their might it was hopeless, more creatures burst from the ground all around, barely managing t escape the house with their lives and the strange woman from the parlour the tattered group burst from the front door onto the porch.

"You fools, you see what you have done?" said the strange woman as she pushed a chair in front of the door, lodging it beneath the doorknob,. "We must get out of here. Come with me, and I will tell you what I know. We are the only ones who can stop the threat to the city"

Skids in no state to argue just nodded in agreement, the group followed the woman as she run from the front porch into the rainy night towards Rivertown.

With a fresh purpose the investigators headed of into the night, Roland